“Taking an image, freezing a moment, reveals how rich reality truly is.”

If you want to see some of the first photographs captured, you will LOVE this list.

So If you want to see the first photo on facebook, you can jump right to it.

French scientist Joseph Nicephore Niepce took the first photograph in 1826. This photograph captured the view of courtyard and outbuildings, from an open window, at the Niepce’s estate in Burgundy.

Heliography technique was used by Joseph Niepce to capture this photograph.

Heliography is a quite complicated process. In French, it means “light writing.” Niepce invented this process after several experiments, where he learned the art of capturing an image with the action of light.

Niepce used light-sensitive material, which automatically engraved the image for him. He applied the petroleum-based substance on the camera obscura for 8 hours. The light unhardened the bitumen with lavender water and thus revealed the image of rooftops and trees. 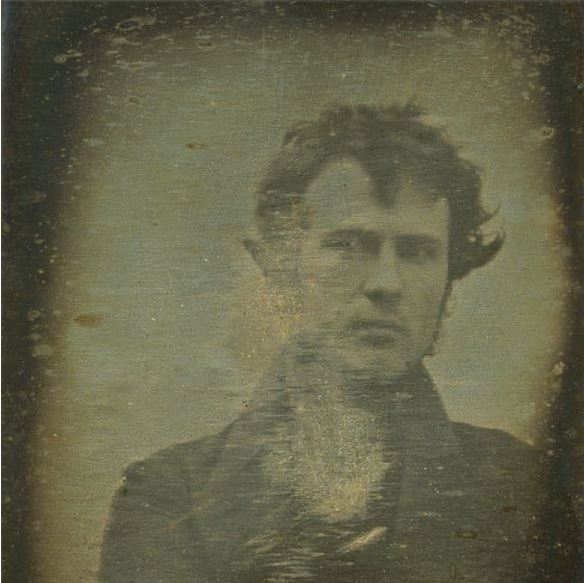 The photo gathered over 84000 likes. Systrom, in an interview, expressed that he would have put more thought into it if he knew that it would become so famous. 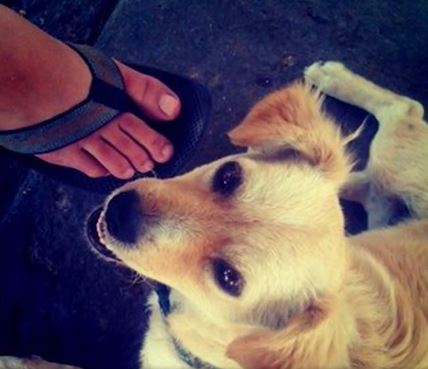 The photo gathered over 84000 likes. Systrom in an interview expressed that he would have put more thought into it if he knew that it would become so famous. 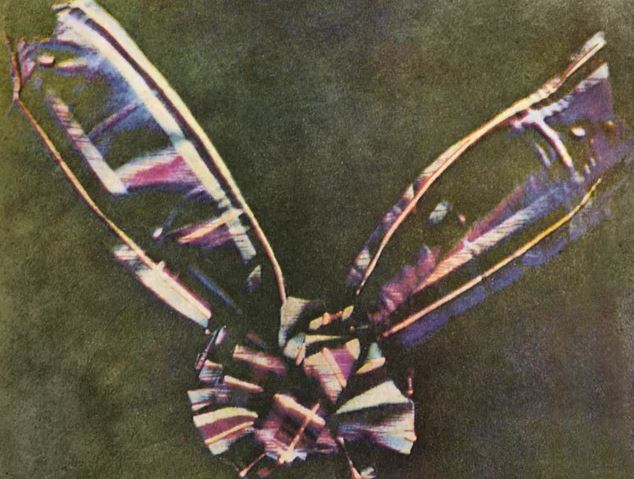 The first colored photograph was clicked back in the year 1855.
Jame Clerk Maxwell invented a theory that a conceivable color can be created by mixing three light sources.

The photograph was clicked by Thomas Sutton, under the instructions of the mathematical physicist James Clerk Maxwell.

Maxwell directed Thomas to take three separate black and white photos of a tartan ribbon. Thomas used 3 filter colors, which were blue, red, and green. When these were projected on the single screen using similar filters, the three photographs compiled as one. 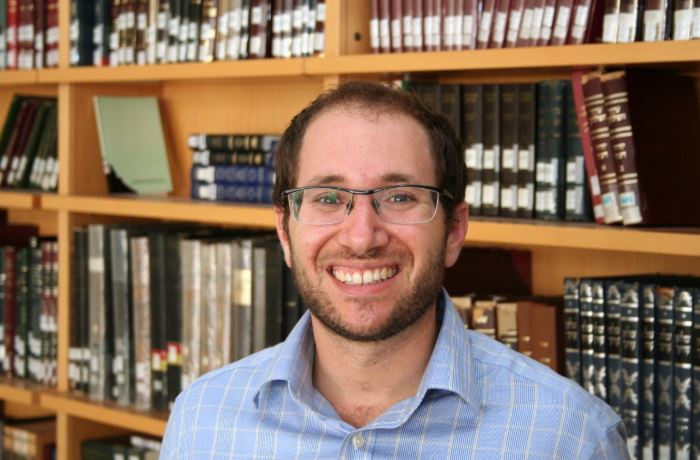 The first non-founder to set up a profile on facebook was the person who uploaded the initial image on the social media platform.

Arie Hasit, a friend of co-founder Chris Hughes, made the first account on facebook in 2004 and uploaded the first picture.

Due to technical glitches, his profile got deactivated on its own several times, and the first picture uploaded on facebook was lost.
According to Chris Hughes, Arie Hasit’s Profile Picture was the first to be uploaded on the social media platform. 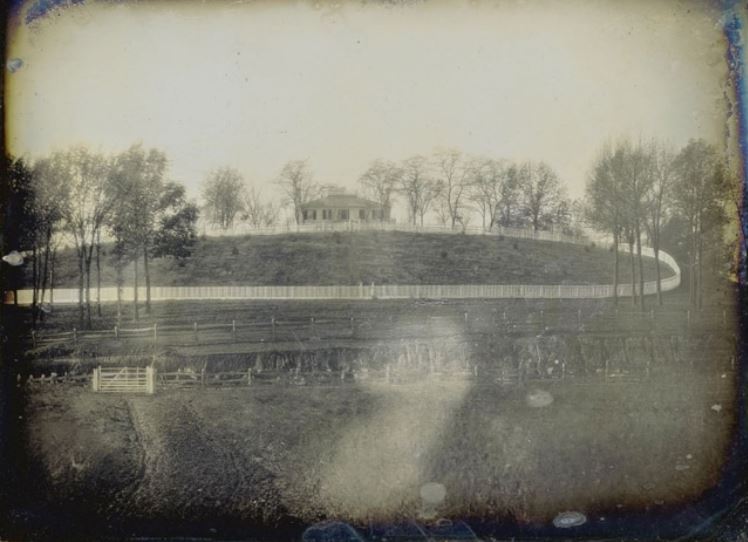 The oldest known photo of New York City was captured using the daguerreotype process in 1848.

The photo depicted a home situated at a hill on the upper west side.

You would not believe it, but the road captured in the image is the broadway. This picture took several minutes to be clicked.

Before this photo was discovered, the oldest picture of NYC was of lower Manhattan’s Chatham Street. 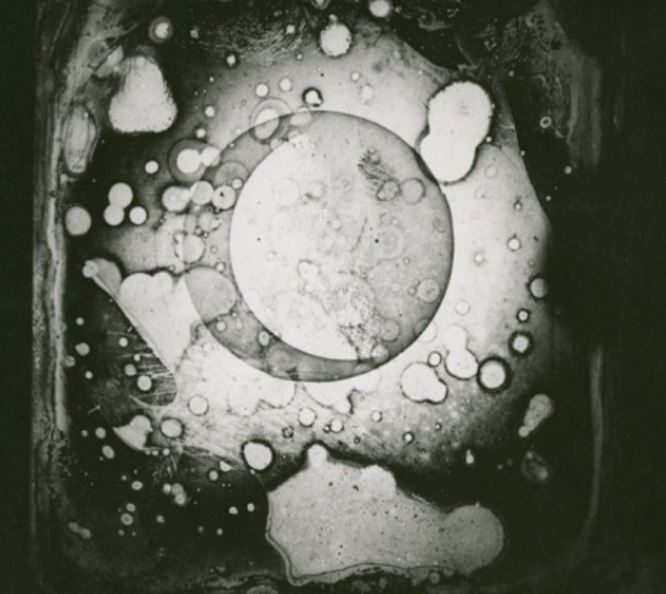 We all love the moon. Right?

The beauty of nature can’t be denied.

Wondering how this image was captured?

John W. Draper took the first photograph of the moon in 1840. This photograph was a daguerreotype that was captured from the rooftop of New York University.

Unfortunately, the image is not available in its original shape as it endured considerable damage over time.

First Photograph of a President 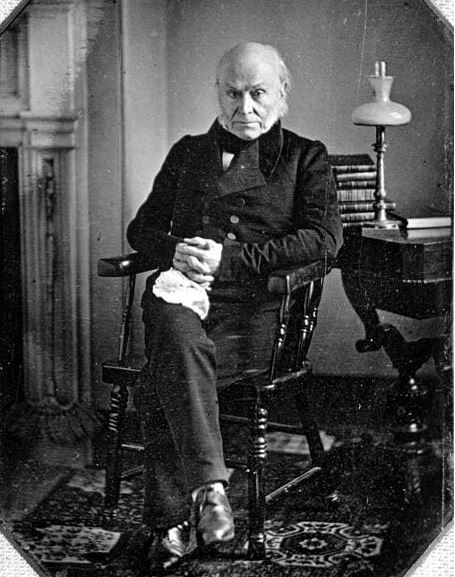 John Quincy has already marked his name in the history of politics, but precisely talking about photographs, he is also listed in the milestones of photography.

John is the sixth president of the U.S. and the first one to have his photograph taken.

Philip Haas captured this daguerreotype in the year 1943 in a studio in Washington D.C.

The first-ever photo of a Tornado was taken in 1884. This tornado struck South Dakota, destroying a farm.

It killed four people, and another two got wounded in the incident based upon historical records, meteorologists can assume that it was neither an f-3 nor f-4 on the Fujita scale.

A man, F.N. Robinson, who was present in a street that was 2 miles away from the area hit by the storm, took this photograph. It was the first-ever photograph of a storm.

In 1872, Eadweard Muybridge, an English photographer, discovered a way to capture moving pictures.

It took six long years to crack the code, and Maybrige eventually succeeded in 1878.

He arranged a 12 tripwire camera along the racetrack to capture the moving pictures of the horses.

The movement of feet and hooves set the stage for the first motion picture. 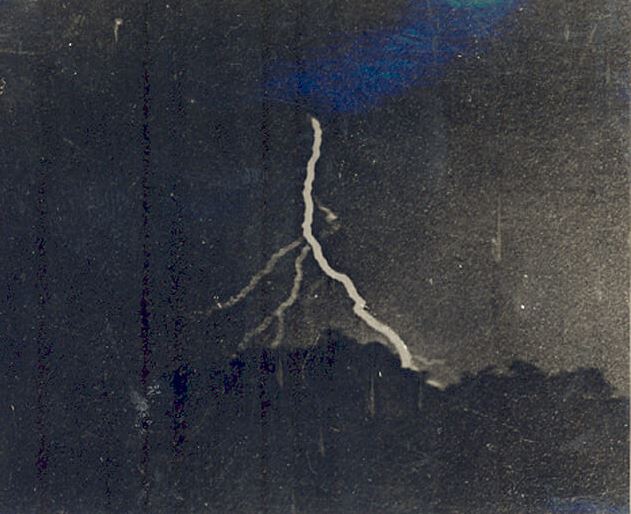 Even at this age, lightning gives me Goosebumps.

Where many people get frightened of lightning, some of us love to capture it.

In the year 1882, a photographer named William Jennings captured the first photograph of lightning. 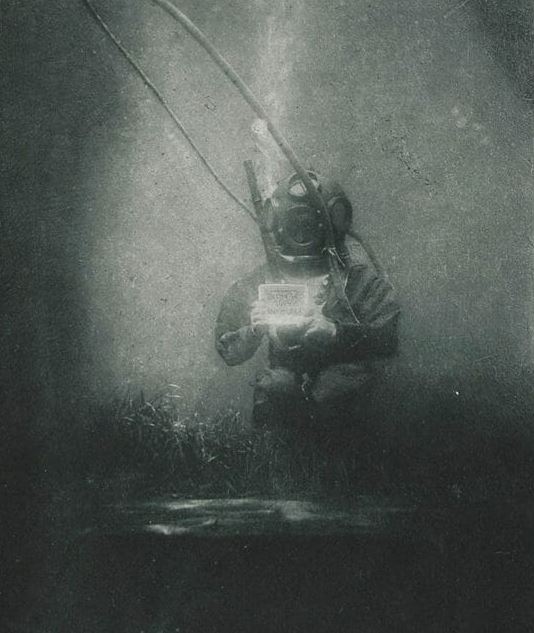 Under-Water Portrait is a milestone in the history of photography.

This portrait needed a waterproof camera, which was invented by Louis Marie Auguste Boutan in 1893.

Six years later, he finally took the first underwater portrait in 1899.
The above photograph is of an oceanographer and biologist, Emil Racovitza. 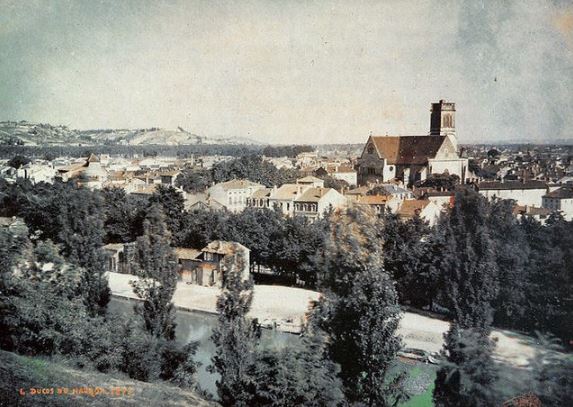 Back in 1877, a photographer named Louis Arthur Ducos Du Hauron captured a colored landscape for the first time.

For those of you who don’t know, Louis was the mastermind behind the process of colored photography.

The photograph above is titled “Landscape of Southern France.” 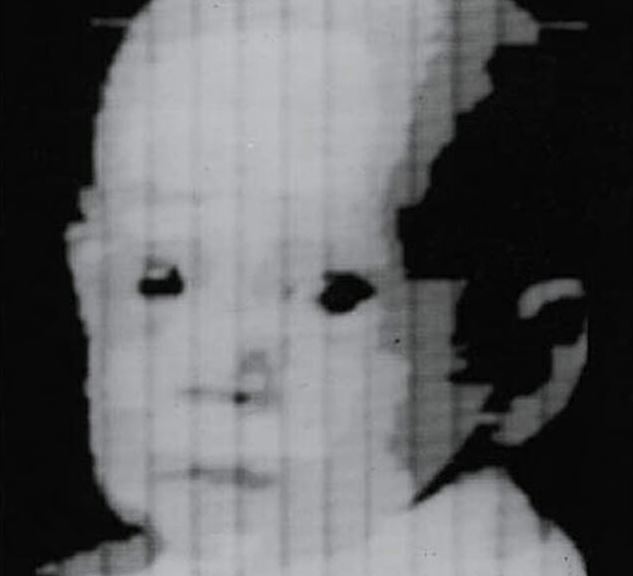 Digital photography was invented in 1970’s.

The first digital photograph captured, was of the newborn baby son of Russell Kirsch, taken by Russell himself.

This was a square picture with the dimensions of 176*176. 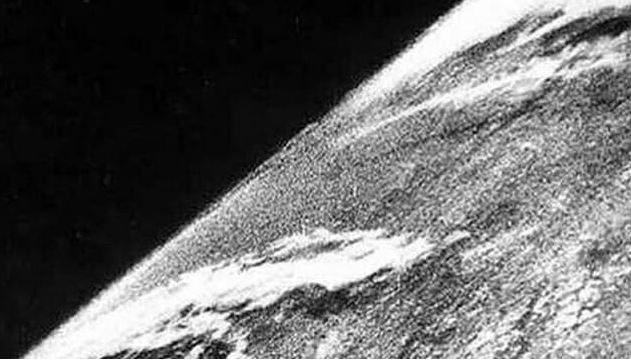 The first photo of the space was captured in 1946.

Unfortunately, the camera was destroyed when it was dropped back to the earth, but the film survived. 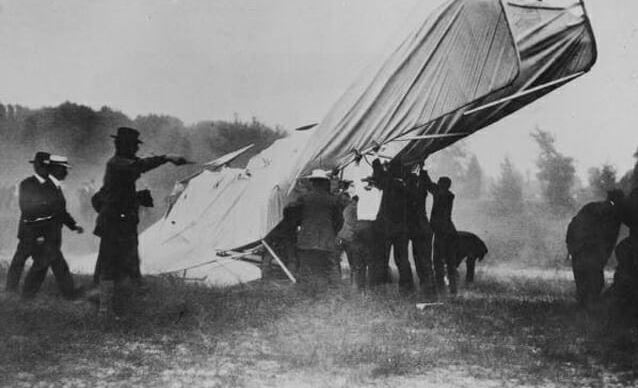 After the Wright Brothers flight in 1903, the incident of a plane crash took place in 1908.

Orville Wright survived the plane crash, but the aviator Thomas was the first person to die in the powered plane.

First Photo of Earth From The Moon

The first photograph of earth from the moon was taken on the 23rd of August in the year 1966.

This photo was taken by a spacecraft named Lunar Orbiter 1. The picture was first received by a NASA tracking station near Madrid in Spain.

According to NASA, this picture was taken during the 16th orbit of Lunar Orbiter 1. The photo was shot from a distance of 380000 kilometers. 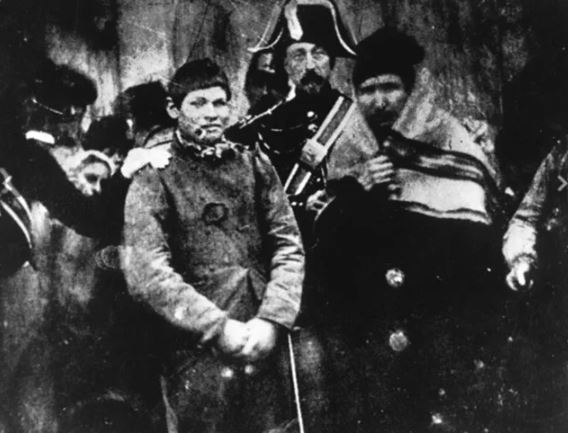 Louis Daguerre shot the first-ever photo featuring a man in a cityscape. In this picture, a person can be seen shining his shoes somewhere in France.

It is said that Louis didn’t intend to capture the person in the picture and that it happened accidentally, as he was trying to take the photo of the cityscape.

First Photo of Person In A Cityscape 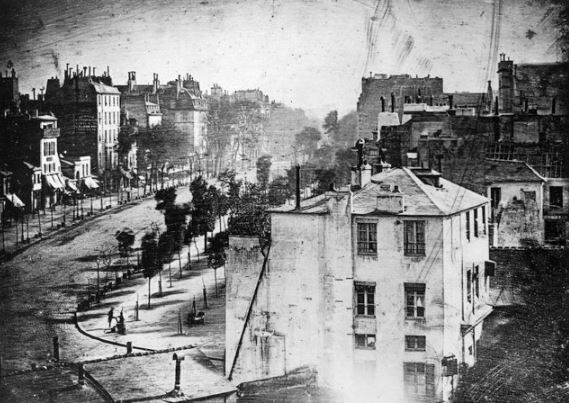 Louis Daguerre shot the first-ever photo featuring a man in a cityscape. In this picture, a person can be seen shining his shoes somewhere in Paris.

It is said that Louis didn’t intend to capture the person in the picture and that it happened accidentally, as he was trying to take the photo of the cityscape.
Shooting photos in that era took long exposure times and capturing this particular photo took 10 minutes. 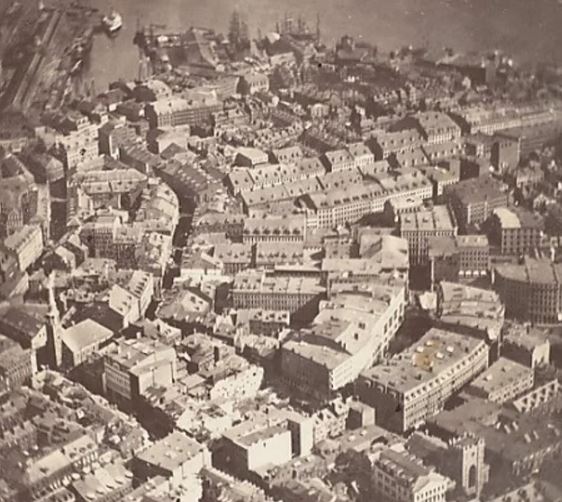 The first aerial photograph was taken long before the first plane flight.

As it is known, the first plane flight was taken in 1903, but the first aerial photograph was clicked in 1860 by James Wallace Black.

He made it possible by attaching a camera to a hot air balloon and managed to take an aerial shot of Boston city.

He named this photograph “Boston as the eagle and wild goose see it.” This was the first bird’s eye photograph ever.

The first photograph on mars was taken on the 20th of July in the year 1976, when Viking 1, the first spacecraft to orbit and land on Mars, touched its surface.

The objective of the Viking mission was to take high-resolution images on Mar’s surface and to search for evidence of life on Mars.
Viking 1 was launched from Cape Canaveral, Florida. After 11 months, it landed on the surface of Mars, where this photograph was taken by Viking 1 orbiter.

After this, 16000 more pictures were taken in the Viking mission and project.

Photograph of the First Hoax 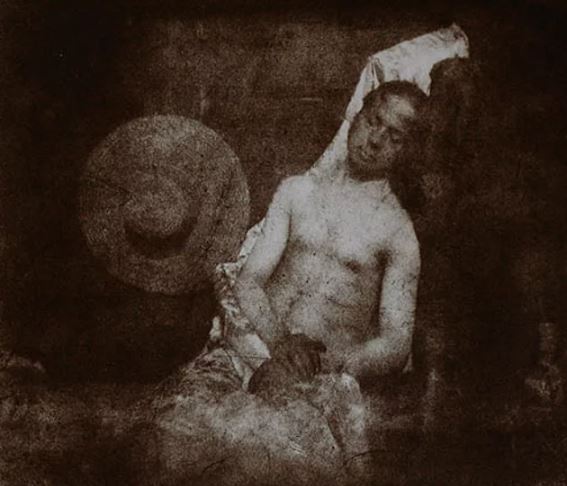 The first Hoax Photo was captured in the year 1840.

Two pioneers of photography, “Hippolyte Bayard” and “Louis Daguerre,” had a great rivalry between them.

Bayard established the first positive printing process, but he was convinced not to announce it. In the meanwhile, Daguerre publicly announced the daguerreotype process.

Bayard felt it was not fair, and it resulted in taking the first self-portrait of his fake suicide. The photo was titled “Self Portrait of a Drowned Man.” 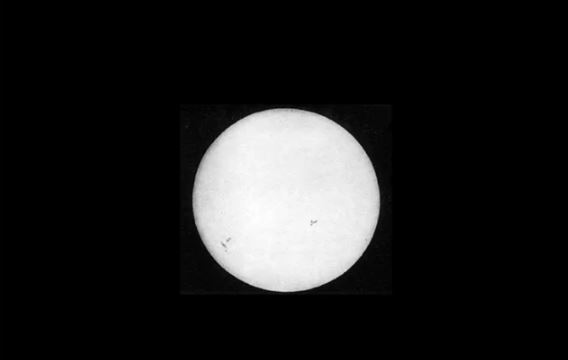 The exposure for this picture was just 1/60th of a second. Foucault and Fizeau used tools like the draper and created a daguerreotype image, which was about 5 inches in diameter.

After the invention of cameras and photography, people of that era focused on taking images of things that the naked eye could not see. 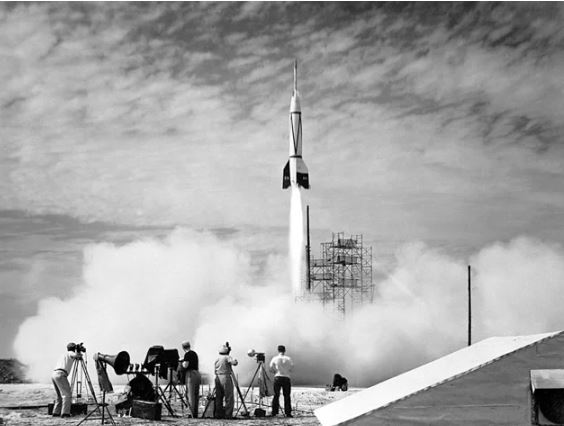 The first Cape Canaveral was launched in the year 1950. NASA photographers snapped the first photograph of the rocket. .

It was quite a long ride to the historic first photos.

But we enjoyed it while compiling them for you.

If you think we have missed out on any of the milestones do mention it below in comments.

The best thing about photography is that it captures the moments that can’t be relived.

Usually we look at fantastic photographs with admiration, but what are the words of wisdom of the photographers who are behind the lens?

If you love photography, you will love our list of photography quotes.

And if you are looking for quotes on a specific category, you can filter it out.

Keep reading and get inspired.

Quotes About What is Photography?

What Is Good Photography? 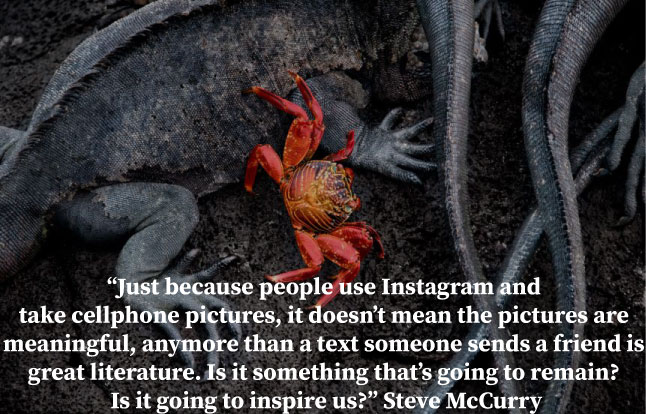 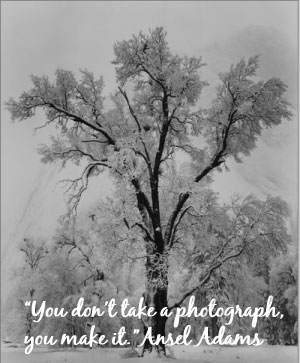 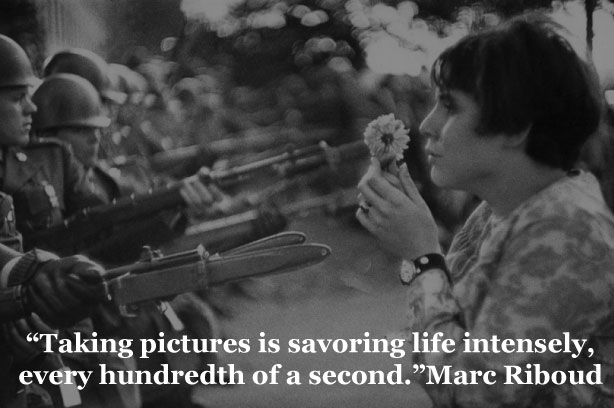 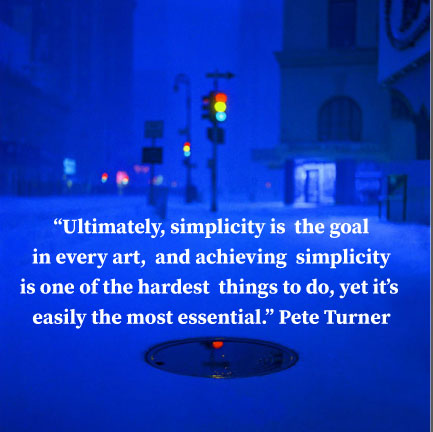 How To Do a Perfect Photoshoot? 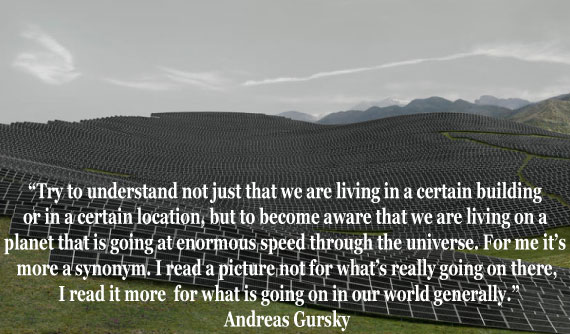 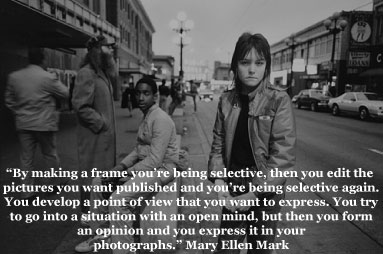 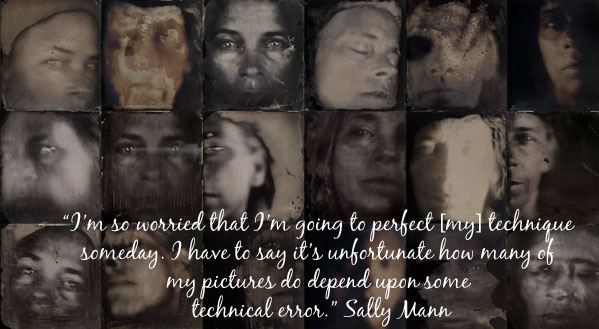 Quotes About The Importance of Intuition In Photography 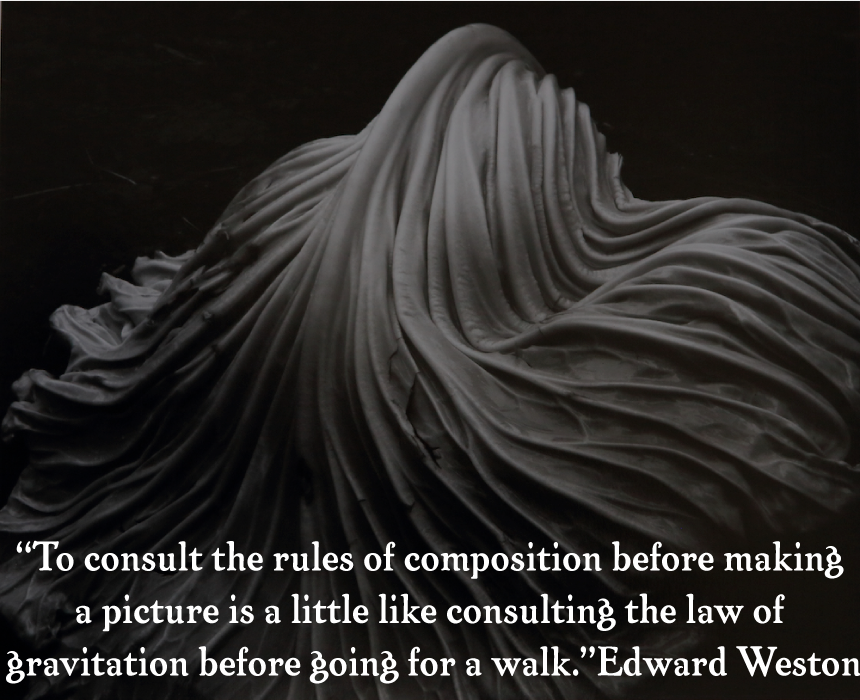 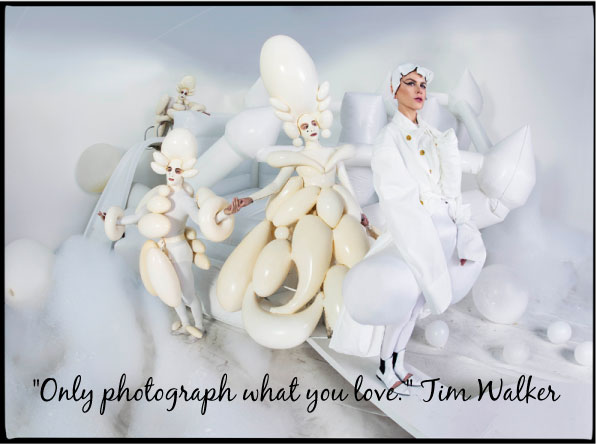 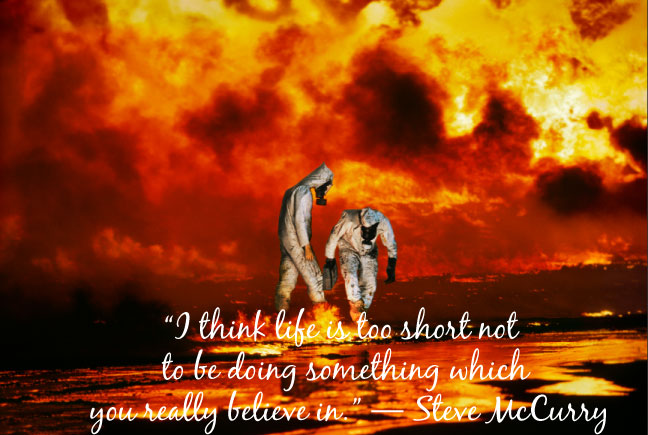 So, what is your favorite photography quote?

If you think we missed it, please leave a comment below.