In the era where maintaining a social media presence is something everyone cares about, mobile photography is getting more and more popular. No one wants to carry around separate cameras now, so it makes sense that mobile phone manufacturers have caught up on this demand and introduced mobile cameras. Now, the camera on a phone is one of the most important things for people to consider when making a buying decision.

So you have a mobile phone with an amazing camera, but are you using it right? Mobile photography is way more advanced now than you think it is, and by the end of this article you would have really changed the way you take photos.

The portrait mode in most smartphone cameras puts the object of the photos – commonly a person, in focus. It blurs the background and makes the subject of the photo look more gorgeous than ever.

This is a great tip for whenever you need to look extra glamorous in your social media posts, and you can even read up on how women should pose for photos for some awesome tips on posing and looking effortless but beautiful.

When you take landscape photos you can never seem to get the exposure or brightness level right. If you want the photo to be bright enough that the details on the ground are visible, the sky looks too bright, and if we want to get that right the ground is too dark.

Most times people end up ruining the sky in their shots, but what if we told you that you could take beautiful landscape photos with your phone and they wouldn’t be bad? Well, the HDR effect does just this. 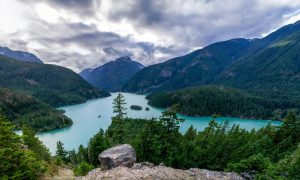 With its help, you can capture photos where the details on both the sky and the ground are perfect, and you’ll capture photos that are on almost the same level as those taken on any professional camera.

Focus on the Right Spot

Most cameras now are trained to focus on the center of the screen automatically, and on the faces if they detect any of those in a frame, but that’s not always the right thing for most photos. Most zoomed-in photos or those of small objects need something extra to make them really remarkable – especially those that aren’t symmetrical.

A simple tap on your phone screen at the right place will help you make the most out of your mobile camera and help bring the right things into focus.

This might sound like a given, but you have no idea how dirty phone lenses can get. You carry your phone around almost everywhere and put it on all sorts of surfaces, and while the rest of your phone might be protected by the cover, the phone camera is left exposed to the elements.

Make it a habit to clean your phone’s camera every time you use it and see how many people come asking about the secret behind your awesome photos and their sharp quality.

Photo proportions and photo composition may sound like complicated stuff, but the rule of thirds is never simpler than it becomes once you activate the grid on your phone. The 3 by 3 grid that appears on the screen helps you take awesome sunset shots and helps you determine just what amount of negative space is right for a particular shot.

For those who don’t know, negative space is all the space in a photo that isn’t occupied by the subject of the shot.

Not every photo looks best in bright lights. In fact, sometimes it’s good to take it down a notch, which is where brightness control comes into play. You can darken or brighten any shot with its help for some pretty great results, but it’s pretty much trial and error with this one.

Take your time to get acquainted with your camera’s settings and look up what each of them does. By the time you’re done, you’ll see just how great your photos get.

It might take you a while to develop a habit of switching your mobile camera settings according to the situation, but all the practice will pay off. In the end, taking the perfect photo and utilizing the full potential of mobile photography boils down to a few things, like taking multiple shots of a single scene and then selecting the best one later, knowing how your mobile camera works, and the ability to make you for what you lack in photography with some great edition skills.